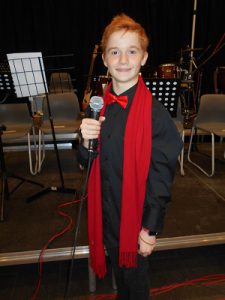 Bishop Ramsey Church of England School held its annual St Cecilia Concert on Thursday, November 22nd in the School Hall. The Master of Ceremonies for the evening was Year 10 student Pip Stock who welcomed the audience and who, in a professional manner, introduced the various items on the programme and made some encouraging and congratulatory comments following each performance. 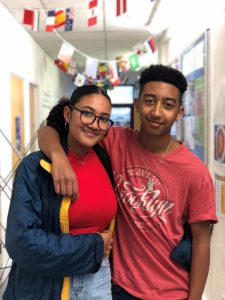 The first performance of the evening was Bishop Ramsey Orchestra, conducted by Ms Jankauskaite, Head of Music, who played Te Deum by Marc-Antoine Charpentier. This was followed by a piano solo Valse Lente, confidently performed by Year 9 student Alexander Williams. Next came the Canterbury Choir who sang How Deep the Father’s Love for Us. The choir of twenty students was accompanied by Miss Rottmann. Three Year 11 students, Jacob Hosten, Ethan Francis, Elizabeth Viala who form the Trio Band performed Almost is Never Enough by Ariana Grande with Elizabeth performing the lyrics, accompanied by the boys. Nana Adjei, also Year 11, then gave a solo vocal performance of Sweet Love.

Next it was time for some fun! The Junior Musical Theatre Club entertained the audience with a lively rendition of Welcome to the Sixties. The Jazz Band compounded the mood by performing Tijuana Taxi which got many in the audience tapping their feet in time with the music. This was followed by Harmoni Swaby, Year 11, whose powerful voice resonated around the hall as she sang Jealous. 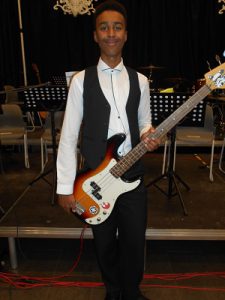 Zeidan Noah who plays bass guitar in the Orchestra

The first half of the programme was brought to a close by the Concert Band who gave a rousing performance of the Muppet Theme by Sam Pottle.

During the interval refreshments were provided by The Friends of Bishop Ramsey and there was an opportunity for visitors to view the impressive Art and A Level Photography work which was exhibited outside the hall.

The second half of the programme began with a beautifully executed flute solo from Year 13 student Lianne Ho who played Georges Bizet’s “Entr’acte”. This was followed by the Senior Musical Theatre Club’s lively performance of Pandemonium. There were further performances by the Jazz Band, Concert Band and Trio Band. 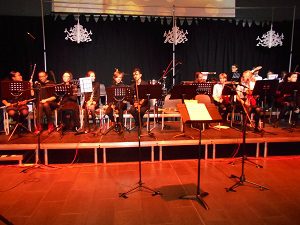 The final two performances were stunning: the Canterbury Choir delighted the audience with their beautiful performance of Bohemian Rhapsody and Bishop Ramsey Orchestra’s performance of Pirates of the Caribbean by Hans Zimmer was breathtaking. The school is very fortunate to have so many talented musicians in every year group.

After the concert came to a close with lengthy applause from the audience, Mrs N Adamson, Head of School, thanked everyone involved in the production of the concert. Special thanks was deservedly given to Ms Jankauskaite and Miss Rottmann for all their hard work in preparing students to perform at their very best.