You are here: Home › About Ruislip › Conservation Concerns › Manor Farm

Manor Farm is Hillingdon’s flagship heritage and culture site. It has a rich historical past stretching over a period of a thousand years. The site covers 22 acres and includes the Manor Farm House, Great Barn, Little Barn, Cart Sheds, Duck Pond, Motte and Bailey, Cow Byre and Pram Shed. It is situated at the North end of Ruislip High Road. There is pedestrian access and a car park in St Martin’s Approach.

Conservation began on the site in 2007. It was funded by the National Heritage Lottery Fund and Hillingdon Council. Work finished in 2008. 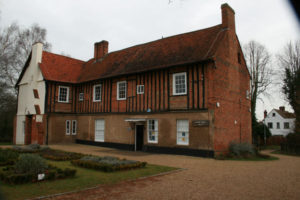 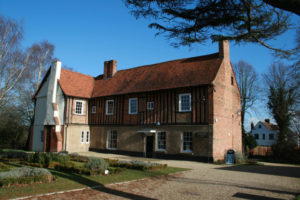 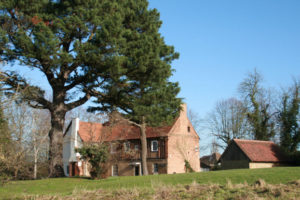 Manor Farm House from across the Motte

Manor Farm House is Grade 2 listed and was built between 1505 and 1507 over a number of building seasons, from Easter to Michaelmas, although the preparation of building materials occurred outside this period. Henry Cogge, a skilled workman, and his mate might typically have been paid a daily rate of 8d and 4d respectively. The house was built in the latest style of the period with a decorative frontage designed to showcase the wealth of the owner. When the house was built it had oriel windows on the facade and inside moulded ceiling beams reinforce that this is a high status property.

The house was called “Ruislip Court” until late Victorian times – it consists of a hall and cross-wing to the north of the entrance with a service wing on the south side of a screens passage. The hall was used as a courtroom when the manor courts were held, usually twice a year. The cross-wing provided lodgings of high status for the Provost, Steward or any other visitors from King’s College. A farmer who farmed the land lived in the low end of the house.

As a manorial court the house was used to administer the estate, and two types of court were held in the courtroom:

From 1529 to 1932 King’s College, Cambridge leased the Manor House and surrounding lands to a succession of people who were either local men, fellows of the College or members of the nobility. In 1932 King’s College gave the Manor Farm site as a gift to the people of Ruislip.

During the conservation works wallpaper from circa 1700 was revealed. It is believed to be the oldest surviving <i>in situ</i> wallpaper anywhere in the country. The refurbished Manor House contains an interactive display illustrating the history of the site. It features a range of artefacts and finds uncovered during the site refurbishment.

November to February
Market Sundays only, 11 am – 4 pm 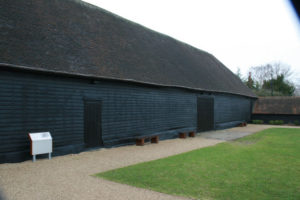 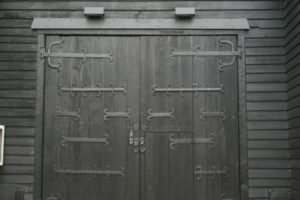 The Great Barn, Grade 2* listed, was built between 1280 and 1300 from trees felled in Ruislip Woods. It is thought to be the oldest timber framed building of its type in Greater London and is the largest building on the site at 36.5m long and over 9m wide. The barn would have been used to store and process crops and other produce of the Manor of Ruislip. The size of the barn meant that a lot of the produce could be stored. Between the two large double doors there is believed to have been a threshing floor. Grain would have been stored in a granary and straw inside the barn or outside in haystacks located behind the little barn on what is now the bowling green.

The Great Barn can be booked for functions and is open to the public on Market Sundays. 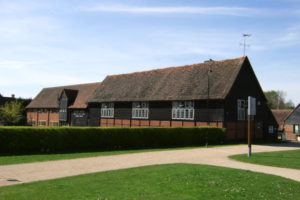 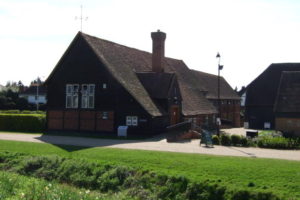 The Little Barn from the Motte

This barn dates from the 16th Century. It was used as a barn until the 1930s. In 1937 it was converted to a library. Many of the original timbers can still be seen including the fine queen post roof. The windows have heraldic shields – one of which is of King’s College, Cambridge. A copy of the Doomsday Book is on view in the library. 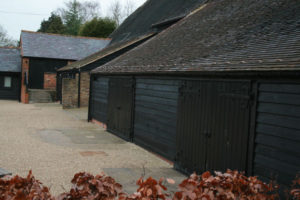 These would have been used for storage of the horse drawn carts on the site. These have been renovated and are now craft workshops. 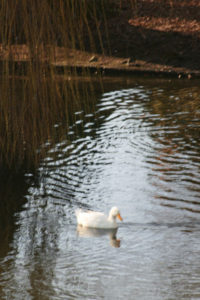 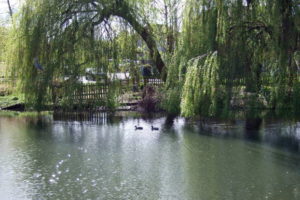 The Duck Pond and Willows. You may notice the visitor perched in the willow on the left.

This was originally a horse pond. The horses from the farm would be washed down here.

THE MOTTE AND BAILEY 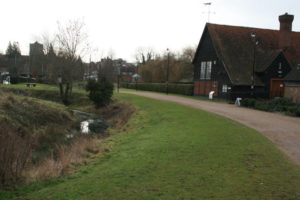 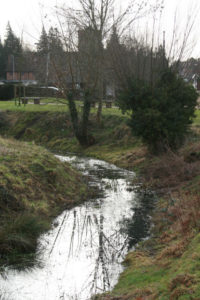 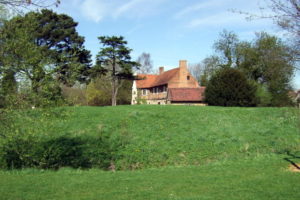 The Motte Mound and Manor House Beyond (On Original Bailey Site)

This is a site of national importance and a scheduled ancient monument. 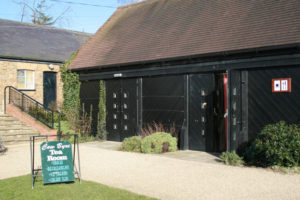 The Courtyard and Cow Byre

This dates back to the 19th century and forms part of the farm courtyard rebuilt in 1980 following a fire. Today it houses a tea room and art gallery. 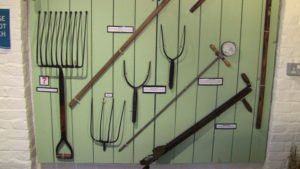 Vegetable Fork and Other Tools 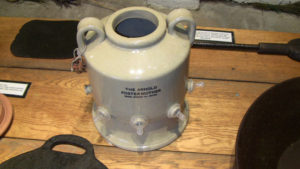 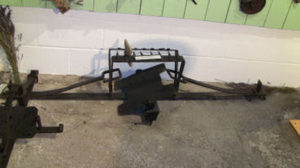 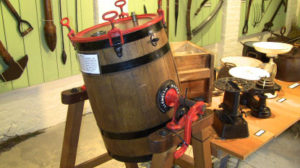 The Pram Shed is a small building near the Manor House where there are approximately 200 Victorian farm implements. These can be viewed on request from the volunteer in the Manor Farm House.

Manor Farm. A unique site of historical and cultural heritage in Hillingdon. Published by London Borough of Hillingdon