You are here: Home › Secondary › Bishop Ramsey’s Presentation of “Oliver”
By Sue Midgley on 25th July 2016 in Secondary

The school’s Music and Drama departments have done it again! This time it was the presentation of the musical Oliver during three evenings of the last week of term. It was a stunning show which included performers across the year groups.

Part of the school hall had been converted to represent a Victorian public house where the audience sat at tables to watch the performance unfold. Many times during the show the actors moved round the tables interacting with the audience. 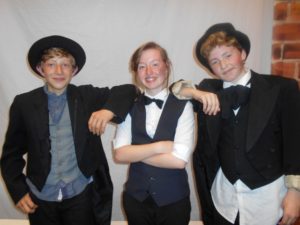 The final performance was on Thursday, July 14th and on this occasion the part of Oliver was very ably played by Deborah Jardine, Year 9. Her rendition of Where is love? in Act 1 was very moving. Other memorable performances were from Nathan Pike, Year 8 as Noah Claypole, Christopher Tarsey, Year 9 as The Artful Dodger and Georgia Carver, Year 13, whose performance of As long as he needs me in Act 2 was a showstopper – so full of powerful emotion. 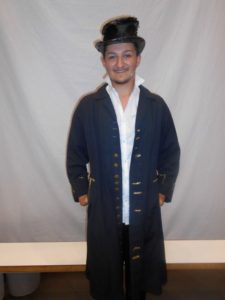 Other outstanding performances were given by Alexander Wheeler, Year 13 as Fagin and Toby Poole, Year 13, who played the bullying and controlling Bill Sykes with conviction. 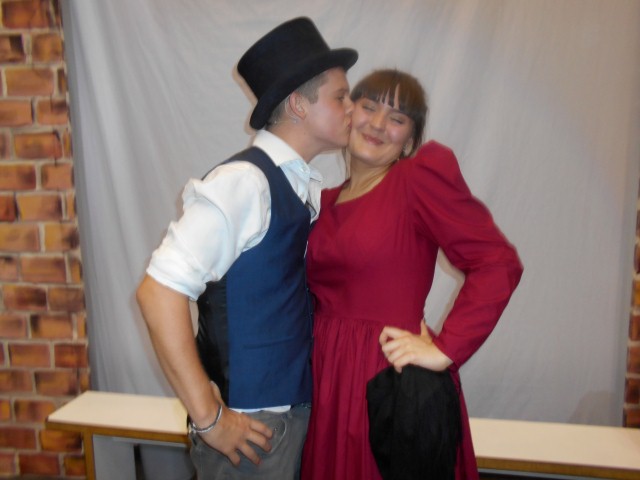 The acting director was Mrs. Helen Simmons who was assisted by Tom Carr, Year 13 and the sound director was Mr. Malcom Britton. Mrs. Sue Neale and Miss Sarah Rottman were the musical directors.

For the performers from Year 13 this show was the end of a journey as many of them had been performing together since Year 7. However, it was very evident that the school has plenty of upcoming talent for the future.